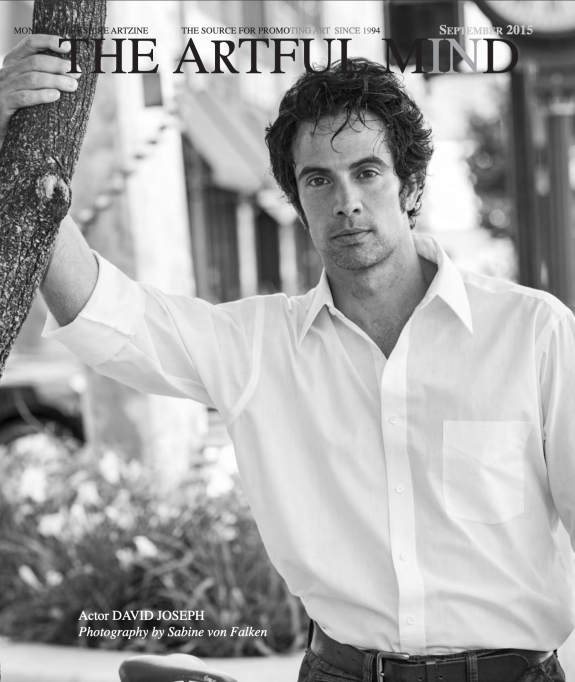 A Brief Story of Mine

David was featured in the September 2015 issue of The Artful Mind.

Harryet Candee: David, I went to see Henry V at Shakespeare & Co. and enjoyed it very much. The Bernstein Theatre is a wonderful space and I was thrilled to be able to see you in this play, and playing quite a few different roles!

David Joseph: Thank you so much for coming to see the show! I really enjoyed playing such a wide variety of characters. I got to play five! The Dauphin, The Archbishop of Canterbury, Nym, York and English Soldier. I worked very hard at making each of them as clear and as different from the other as I could. I wanted a distinct vocal change for each character, in range and meter, as well as clear shifts of physical postures. I was hoping to serve Shakespeare's text and tell the clearest possible story. My hope is that the audience forgot who the actor was altogether and just followed the story of these individuals in the play.

I was very busy following your change in roles! You must have had an awful lot of training to do acting like that!

I have been a working actor since I was about thirteen, and have had the good fortune of working with and learning from so many wonderful actors and directors. I am proud to say that most of my formal acting training was done at Shakespeare & Company. READ MORE >>